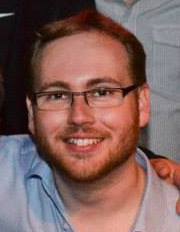 Ion beam cancer therapy (IBCT) is a new and advanced type of radiotherapy, which replaces photon radiation of conventional therapy by extremely fast atoms (protons or carbon ions) accelerated up to speeds close to the speed of light. These accelerated particles can traverse tens of centimetres of tissue, and they deposit most of their energy at the end of their trajectories, acting as atomic canon balls. This allows to precisely deposit the dose into the tumour by carefully selecting the particles' velocity, sparing surrounding healthy tissues. Also, IBCT presents an enhanced relative biological effectiveness (i.e., larger cell killing probabilities) as compared with photon beams, due to the large concentration of ionization events along ion trajectories [1]. There is still room for the improvement of IBCT by, for example, using nanoparticles as radiation sensitizers (i.e., agents which increase radiation effects), which is the aim of the ARGENT project.

The damage of biological media by the irradiation with charged particles involves multiple physical, chemical and biological stages, in very different space, time and energy scales [2]. The process starts with the propagation of the swift charged particles in the body (macroscopic scale, tens of centimeters) and their slowing down, mainly by interaction with the target electrons. As a result, a great number of secondary electrons are ejected [3] (acting as subatomic grapeshot) and free radicals are produced [4] (extremely reactive chemical species), which can propagate in microscopic (cellular) and nanometric (atomic and molecular) scales. These secondary species might finally reach DNA and other biomolecules, producing clustered lesions which might lead to their irreparable damage and to the cell death. Also, other phenomena appear, due to the large amount of energy quickly deposited in the atomic and molecular scale, such as shock waves or, in other words, nanoscopic explosions, which also contribute to the damage of the biomolecules [5], see Fig. 1.

The aim of this project is the theoretical study of these physical phenomena involved in ion beam irradiation of biological systems, by employing the multiscale physical approach to IBCT [2], as well as atomistic simulations with the MBN Explorer code [6], techniques developed by the MBN Research Center at Frankfurt am Main, Germany. The goal of these theoretical studies is to obtain a better understanding, and thus better predictions, of the biological effects induced by charged particle irradiation. This knowledge will be needed for the practical improvement of IBCT. Together with the theory, irradiation experiments will be carried out at Queen's University Belfast to check the models employed.

See my complete list of publications in ResearchGate: https://www.researchgate.net/profile/Pablo_De_Vera