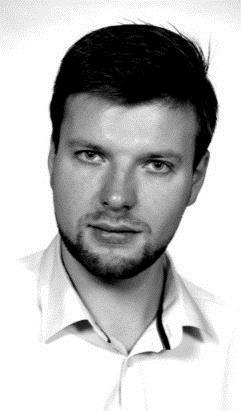 Hadrontherapy is one of the most promising alternatives in the treatment of cancer using radiation-based techniques. Indeed, compared to standard radiotherapy techniques, it offers the potential to damage the tumor regions while in parallel lowering the dose deposition in healthy tissue. Additionally, one can aim to highly increase the radiosensitization of the tumor using the possibilites provided by fast developing fields in nanosciences. Such possibility is offered by the so called nanoparticles (NPs), which are objects in the scale of few nanometers and which combine the properties of worlds between single atoms/molecules and bulk materials.

The best possible treatment procedure is the one which contains the least amount of unknowns, allowing for the highest predictability. The human body is the universum of many scales, although everything starts just with the passage of a single ion and its interaction with molecules in the biological medium, that triggers the cascade of numerous physical and chemical processes with long term consequences for cells, organs and the whole body. However, some of these processes can be more crucial for the damage than the others and investigation of their subtle characters can elucidate the pathways for efficient and controlled damage on the molecular scale.
In my project I will concentrate exactly on studying such subtle processes which will involve the interactions of biomolecular targets with the ionizing radiation (mainly in the form of protons and highly charged ions of heavier elements like oxygen or carbon, or high energy photons) with and without the presence of NPs. The results regarding dynamics, stability, energies and many other aspects are of high interest for treatment planing procedures (medicine doctors and medical physicists) as well as for radiobiological studies and pharmaceutical industry (design and production of drugs) but also from fundamental point of view (understanding the physics and nature of nano-scale damage).

We aim to especially provide answers concerning the production of radiation-induced secondary electrons from NPs itself and their dissociative effects on both the environment (mainly water) as well as biorelevant molecules like nucleobases, amino acids. The outcome of above considerations strongly depends on the intrinsic properties of NPs and the type of radiation so I will be involved in systematic studies regarding material, size, chemical composition, functionalization, type of projectile both from experimental and theoretical points of view. The main challenge however lies in the production and delivery of such combined systems of NPs with biomolecular target into vacuum conditions. This involves my person as well in instrumental developments like the build-up of a nanocluster source as well as the upgrade of detection possibilites of currently existing time-of-flight mass spectrometry system.